You are here: Home / News / Silver bullion runs out in US mint 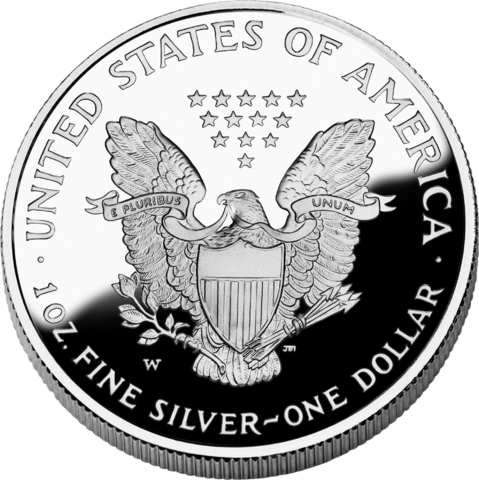 Recent figures have revealed a drop in the sales of US minted silver bullion coins but rather than a fall in popularity of the coins, the statistics actually represent the opposite.

Silver bullion sales have tumbled as the US mint has run out of coins with investors keen to snap up American Eagles being forced to wait until the 2014 issues are released.

The recent wobbles in the economic recovery have served to shake confidence even further in the paper-based monetary system, leaving more investors than ever seeking a more tangible asset.

Silver and gold has remained in demand since the crash of 2008 and there are no signs that the appetite will abate any time soon.

Between 2000 and 2007, around 341,000 ounces of gold bullion coins were bought each year; this figure rocketed to 1,011,030 ounces per year on average between 2008 and 2013. And with 75% of the world’s gold reserves already estimated as having been mined, the future for the yellow metal seems certain to include even greater price hikes.

However, it isn’t just gold which is sought-after, silver bullion coins reached record levels in November 2013. Both silver and gold bullion coins have become one of the top assets for investors who are keen to hold wealth outside what is being seen as the increasingly wobbly fiat system.

The American Eagle is one of the most in-demand coins in the world with both numismatic and investment qualities.

But although the total sales record for the silver American Eagle was smashed during 2013, the numbers for November alone were rather subdued. Just 2,300,00 Silver Eagles were sold in November, a fall of 787,000 compared to October when 3,087,000 were purchased.  A drop in demand with appetite perhaps waning…?

Not in the slightest.

The real reason that the sales volume of silver Eagles fell during November is that the US mint simply cannot keep up with demand.

With total sales for the year far outstripping expectations, the mint has run out of silver bullion and cannot produce any more coins for 2013.

Although demand for this year is unprecedented, it isn’t the first time the mint has run out of silver coins. In 2012, the same situation arose, but much later in the year, with no more Eagles minted after mid-December.

This year, the shortage is far worse, with no silver Eagles able to be minted for the whole of December.

The last weekly allocation for authorised silver bullion dealers will be distributed on 9 December but this is expected to quickly run dry, leaving no more Eagles available until 2014.

The 2014 release of the silver American Eagle will not become available to order until 14 January 2014, with the initial supplies also expected to be insufficient to meet demand. Registered suppliers will be offered the first allocation and will be rationed in line with official US mint procedures.

Buyers of silver coins have been warned to expect premiums to rise sharply over the next two months as a result of the severe shortage.