You are here: Home / Advisor / What is the Gold Standard? 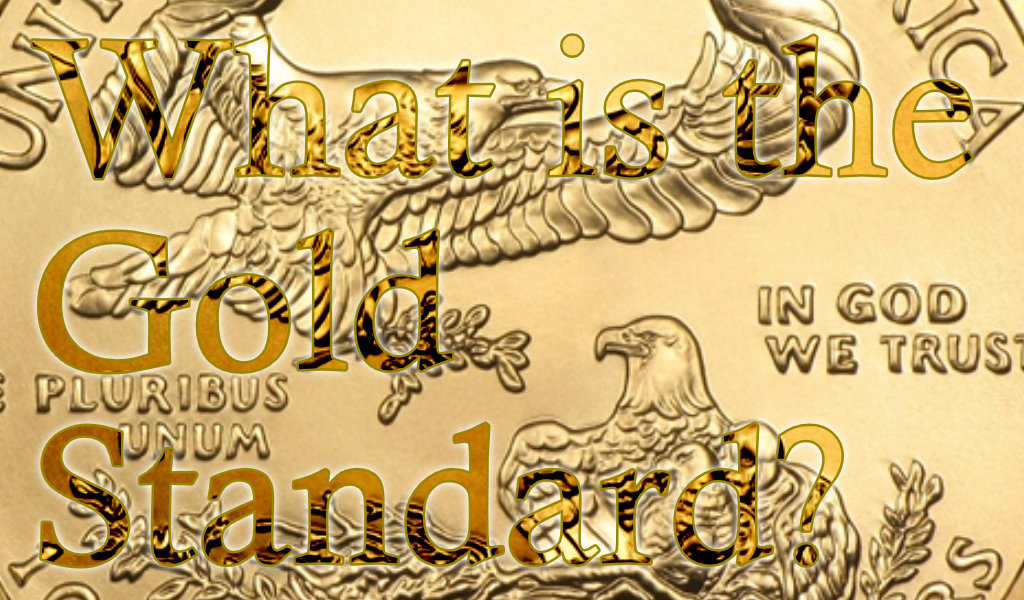 The age-old phrase of people referring to anything of quality as the “gold standard” is something that needs further investigation of its evolution, as there have been varying types of gold standard that have been used through various times in recent history.

The Bimetallic coin system amounted to a sensible sharing of the monetary load of both gold and silver coins. The bimetallic standard was first introduced in the United States in 1792 as a means of controlling the value of money and was used until the civil war, when the resumption Act of 1875 stated that paper money could be converted to gold. The advantage of this system was when the relative market price of gold and silver changed, the use of gold and silver dollar coins was adjusted. Whichever metals price was rising, coins made of this metal were disappearing from circulation.

Bimetallic standards sometimes amble off course and became what are known as monometallic standards with either gold or silver dominating. The result was the first true gold standards. The cause of the shift was due to the fixed price difference between the two metals as enforced by the monarchs’ mints.

By the 17th century, banknotes had joined coins in circulation and generally grew in popularity to their ease of use, by the 1800s it was rare to see a gold coin circulating. The Banknotes were convertible into a fixed amount of coins so the purchasing power of the banknotes were regulated by the value of coins itself.

Limping standards originated when bimetallic coin standards were adjusted in a way that the mints continued to allow free coinage of one of the metals e.g. Gold; but ceased to coin silver, the silver coins were not removed out of circulation and continued to circulate with gold coins so the reference of the silver coinage is “limping on” came to play.

To sum up, the evolution of the gold standards have continued to change during different times of our history and each time brought with it a reduced role for the monetary of metals, this resulted in gold being put to better uses and a net gain to our society. I predict the role of gold will continue to evolve and play crucial roles in the development of the monetary systems in the future.