You are here: Home / Markets / Weekly markets round-up for Coininvest 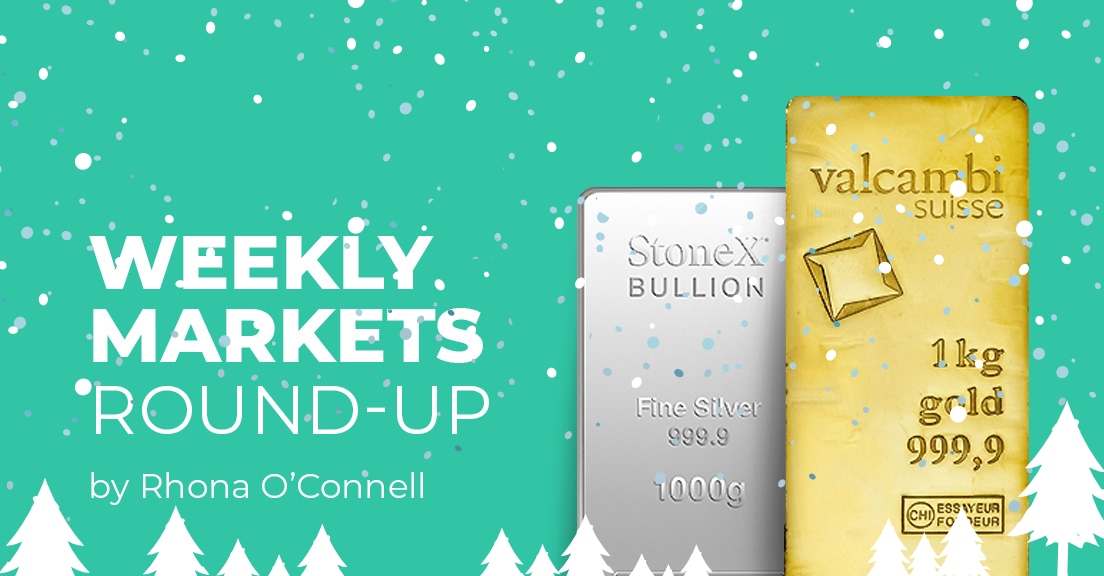 Welcome to a very brief overview of the recent performance in the markets. The essentials are captured in the table below and each week we will show a chart of interest.

This is the last CoinInvest round-up of this year. We wish all our readers and clients a very Happy Christmas and a safe and happy 2021.

Gold and silver have both been tracing broadly horizontal price profiles over the past week as the year-end approaches and market participation is starting to dwindle. We noted last week that the inverse relationship between gold and the dollar had started to reassert itself; in the past few days it has fallen away again and the two have been moving more or less in tandem. This can be ascribed to much the same elements that we were discussing last week, i.e. the swings in risk stemming from the different news developments about the state of implementation and likely success of the different vaccines.

There is more to it than that, though and what follows is a brief analysis of the state of play in Europe, focusing on the European Central Bank’s meeting of last Thursday.

The Bank has extended its Pandemic Emergency Purchase Programme (PEPP) by nine months, in the face of the massive impact that the virus has had on EU economic activity. In the Press Conference that followed the meeting, Christine Lagarde noted that economic activity is likely to have contracted in Q4 and despite an improvement in activity in Q3, the Second Wave of the virus has been more serious than had been expected. Lower energy prices (the outlook for oil demand is patchy at best and OPEC+ is not yet unanimous in how to address the issue) are combining with reduced economic activity to keep a lid on inflation.

She also commented that the risks to economic recovery remain skewed to the downside and the ECB expects to use all its PEPP.

The meeting was behind closed doors, but the press is reporting that the nine-month decision was a compromise between participants who were asking for six months and those who preferred the twelve-month option. The PEPP was increased by €500Bn ($607Bn) and will now run until at least March 2022. The ECB has also extended the Targeted Longer-term Refinancing Operations. This is the programme under which banks can borrow from the ECB at favourable rates, anything up to as much as 25 basis points below the average deposit facility rate; raising the limit from 50% of eligible loans to 55%. More liquidity will also be added under the Pandemic Emergency Longer-term Refinancing Operations.

It looks if the ECB is doing everything it can in very difficult circumstances. With Brexit also in the picture it remains difficult to forecast what kind of fiscal stimulus might be forthcoming from EU members.

All of this is likely to keep some pressure on the euro, which in principle favours the dollar and therefore, all other things being equal, would be bearish for gold. But – the nature of the problem, the associated financial uncertainty and the likelihood of an extended period of negative interest rates, argue the other way.

All of which helps to explain why gold (and silver, which is also watching industrial activity as well as gold’s risk-aversion role) are moving sideways. Meanwhile the Federal Reserve holds its last meeting of the year on Tuesday/Wednesday 15th/16th December and is expected to tweak existing policies.

Gold and Silver, 30-minute moves and correlation over one month