You are here: Home / Advisor / The Harsh effects of Hyperinflation 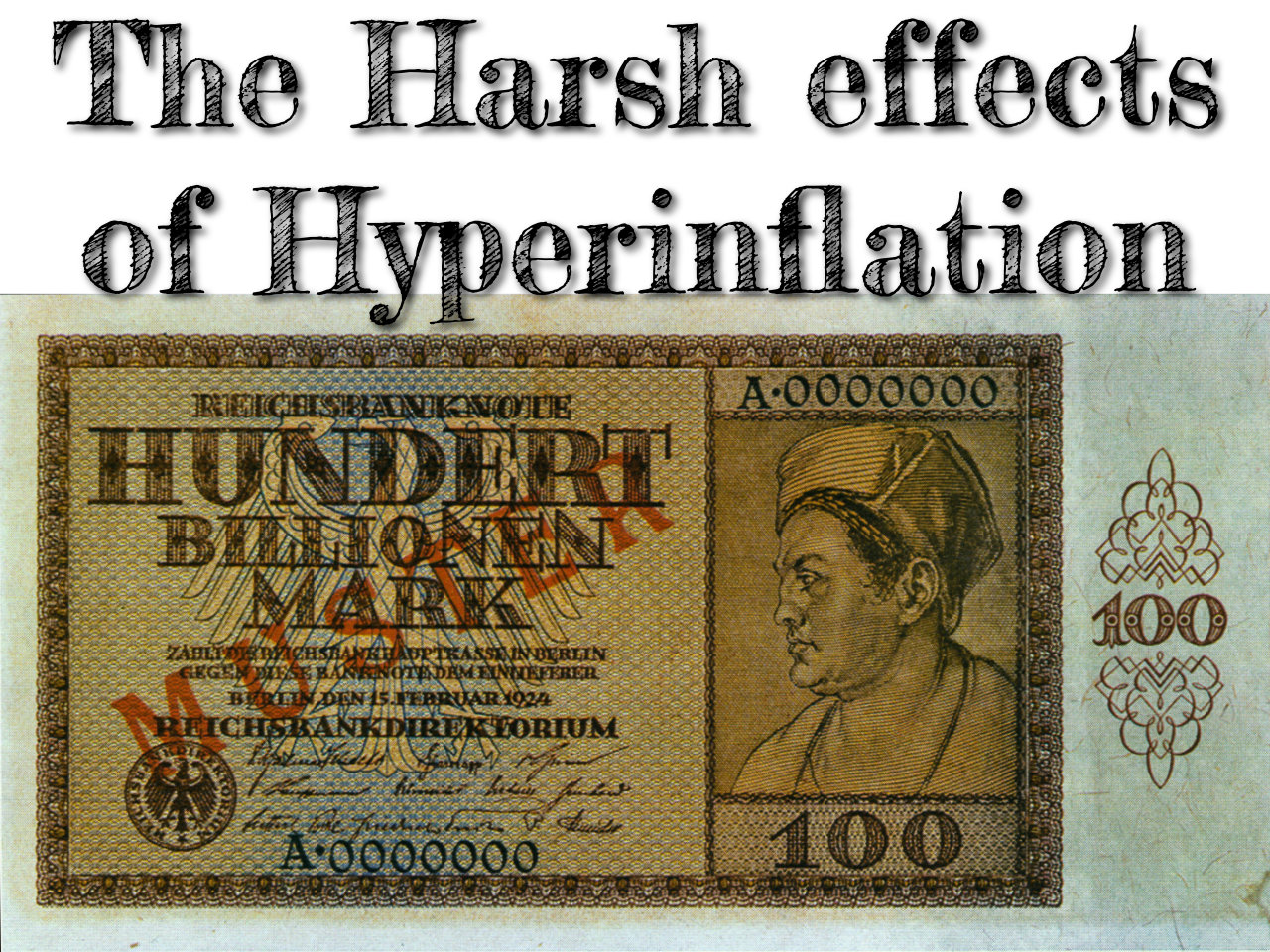 As with most economic situations, there are winners and losers, but under the hyperinflationary conditions, there is only one side to that equation where most people end up, and that is the side of the “loser”. As the money becomes worthless, people with savings suddenly realise that their savings are now worthless.

Hyperinflation is when the prices of goods and services rise more that 50 percent a month. The price of necessities such as bread and milk might cost one amount in the morning and another amount in the afternoon.  The cause of hyperinflation starts when a government starts printing excess amount of money to service its debts. As the supply of money increase so do the prices of goods and services in that specific country until it reaches a point of no return as seen in Zimbabwe in 2008.  The estimated inflation rate from November 2008 was 79,600,000,000%. The government printed money to pay for the war in the Congo, and the fact that Farms where confiscated resulted in the supply of food being extremely restricted.

Currently Zimbabweans are stock piling essentials such a bread, milk, cooking oils in anticipation for a second round of hyperinflationary conditions.  The country is in a panic as fears are setting in with the countries health system on the verge of complete collapse. Since the disaster of 2008 the country has been using the US dollar to conduct its daily operations. The country faces a mountain of debt, which many dread, could result in a total collapse of the country that took place almost a decade ago to the date.

How to prepare against Hyperinflation?

The best way to prepare for the effects of any form of inflation is to practice sound financial habits. Be prepared by having your assets well diversified and balanced in various forms of stocks and bonds from various international markets. Gold is another good way to diversify yourself in having a hard asset, which derives value all over the world. The most important way to prepare for the effects of hyperinflation is to equip yourself with a range of skills in order to help you cope better with the effects of inflation such as bartering for goods and services once the monetary system has folded. The broad range of skills will give you an advantage when trading and negotiating.