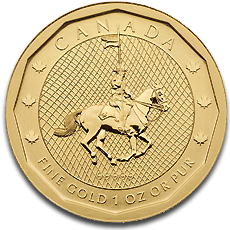 2011 Mountie Gold Coin New edition Initially issued in 1997, the 2011 Mountie gold coin is a commemorative coin in the honor of the Royal Canadian Mounted Police. It is considered to be a special release, being issued as a bullion gold coin by the Canadian Mint with a face value of 200 CAD dollars. […]