You are here: Home / News / S&P not brave enough to downgrade Spain to junk yet 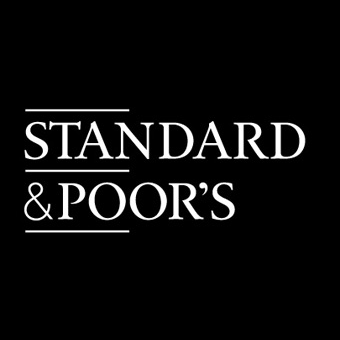 On Tuesday I said that Spain was set to be downgraded and overnight S&P took the decision to downgrade Spain two notches to BBB+, the outlook remains negative meaning that the chances are that another downgrade will come within 3 months as the rating agencies, once again, play catch up.

Spanish bond markets have seen yields rise around 11bp- 14bp  this morning and the yield curve flatten.  10yr yields are trading at 5.95%

More importantly 5yr Santander CDS is wider by 20bp at 421bp, on the rise towards the highs seen last November at 460bp but the credit curve is having a parallel shift higher and not flattening. It again limits the flight to quality argument just yet and keeps the US$/Euro in its ever narrowing range. But the effect of the two LTRO’s is waning and the Sovereign and financial credit curves in Europe will flatten soon and trigger the depreciation in the Euro.

Don’t forget France’s Aaa rating will be next to be downgraded by Moody’s in just over 1 week.

The reaction is more muted than previous downgrades. The market has expected the downgrade and most banks should have already provisioned for the downgrade. The Clearing houses have already adjusted the margins to take into consideration the rating. But Banks would not have provisioned for a junk rating and with Spain just 3 notches above that, over the next 3 months, that is indeed what will be needed.

Of course Risk markets could well take this situation positively expecting that Central Bank intervention is now more than likely. We are back into the mode where Risk markets rally on bad news because of the likelihood that this brings more QE. Just look at yesterday’s US Employment data. After weeks where the economists have argued that the Initial Jobless Claims data has been distorted by the Easter Holiday, a third week saw the number rise again ahead of those economists’ expectations. Surely the numbers must now be taken a little more seriously now.

Today sees the release of the US Q1 GDP. The consensus is for 2.5% , but Bloomberg has a wider than usual dispersion of forecasts, 1.2% to 3.6%. So anything is possible. What is likely is that if the number comes in below the consensus any risk sell-off will be limited again by the expectation it will trigger QE3 next month.

I would continue to argue that the Fed would not act here because the Fed is not seeing Deflation fears as of yet develop, they will occur in the third quarter. So the rally in commodities that came from the Fed Chairman’s press conference on Wednesday, will be disappointed. The rally is not coming from industrial demand.

What does this do for Bond Markets.

The Risk market belief that QE3 will come to their rescue probably limits the downside to these markets.

It limits the rally in US bonds for the time being. 10yr Yields at 1.91% are at the bottom of the 2.40%-1.90% range that started at the beginning of February. However the JPM Client Survey suggests that this move to lower yields has come as the active market traders have increased their short positions. The survey suggests that the overall market is near enough neutral, and so if the market did get a push to below 1.90%, there could well be some short covering which would see yields fall but even so this rally may be limited to 1.80%. So my thoughts are to see how today develops, and if we get a break below 1.90% to start to sell the long positions into that.  The increase in short positions should limit any upside move in yields however. So buying here at 1.91% looking for 1.80% is a nice short-term trade.