You are here: Home / Analysis / Paper money eventually returns to its intrinsic value:zero 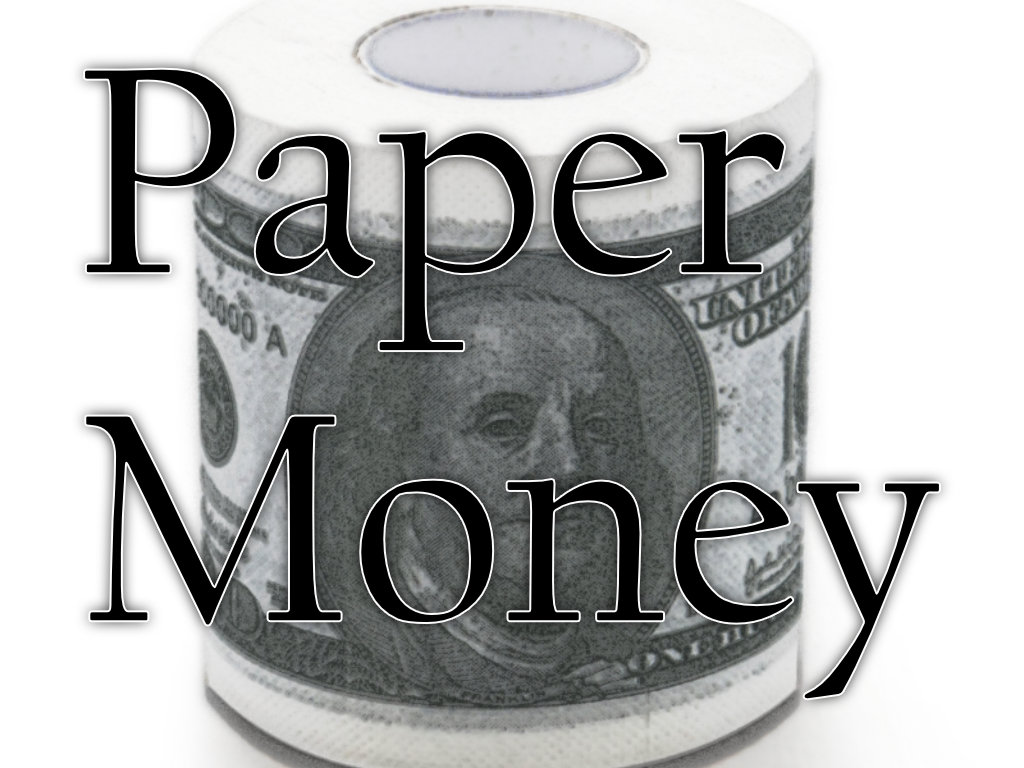 Forgot the law of supply and demand, the devaluation of fiat money is a much simpler equation. The simple answer is when you print more money, there is more money pursuing the same things. The net effect is that the prices rise. That means each unit of the currency can now acquire fewer goods, hence devalued.

As history proves, attempts at using fiat currency have failed. When government prints fiat money that isn’t backed by any stores of value, disaster inevitably ensues. Throughout the 20th century many countries flooded their economy with fiat currency and have collapsed as a result, a good case study would be that of Greece. After WWII Greece saw an increase in inflation of 18 percent per day. The country’s deficit tripled within a year they then started printing worthless currency and experienced one of the worse hyperinflations in history. Zimbabwe is also famous for its 100 trillion dollar note during its phase of catastrophic hyperinflation in 2008. A loaf of bread was priced at 35 million Zimbabwe dollars, which clearly depicts a situation where catastrophic hyperinflation has ensued.

If history is any reference, the US dollar will be devalued very soon. There is a cycle of paper money vs gold cycle starting from back when sticks were used as money in England. The cycle is around 38 years long, each time paper money drops in value, and there is an economic collapse while gold increases in value. This has taken place like clockwork. According to this clock the dollar should be devalued very soon. There is no escaping history the roadmap to a financial disaster was printed thousands of years ago.