You are here: Home / Analysis / Findings, US Stock Market Worse Than 1929 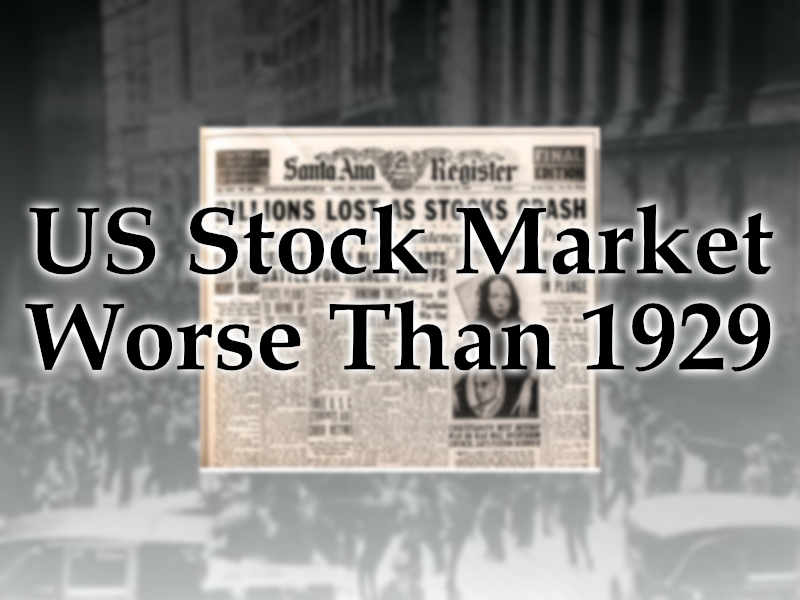 For the last few months, Hussman of Hussman Funds’ has been showing and warning in his research that investors are being drawn into a false sense of security and taking no notice of extremely high stock market valuations by central bank liquidity with their zero percent and negative interest rates.

In Hussman latest research he starts with a quote by the late Sir John Templeton:

“Bull markets are born on pessimism, grow on scepticism, mature on optimism, and die on euphoria.”

He then goes on to say:

“A week ago, bullish sentiment among investment advisers soared to the highest level in 30 years (Investor’s Intelligence), joined last week by a 16-year high in consumer confidence. When one recognises that the prior peak in bullish sentiment corresponds to the 1987 market extreme, and the prior peak in consumer confidence corresponds to the 2000 bubble, Sir Templeton’s words take on both relevance and urgency.”

Dr Hussman’s research is startling, warning that the current stock market is worse than the biblical Wall Street 1929 crash.

These overvalued stock markets are also evident in bond markets and the real risk of a very significant sell-off in global bond markets. Bond guru Bill Gross is warning that investors need to keep a watchful eye on the U.S. 10 year bond yield as a breach of 2.6% will mean that “a secular bear bond market has begun.”

Markets are priced for perfection and yet we see a massively indebted EU and U.S., which reaches the debt ceiling today, with indebted households and fragile economic recoveries will find it difficult when interest rates move back to more normal levels.

Given the scale of the risks advice is being given to investors and pension owners today, be prudent to reduce allocations to stocks and bonds and instead increase allocations to physical gold.