You are here: Home / Analysis / European Central Banks offer no new support to the economies — FIU 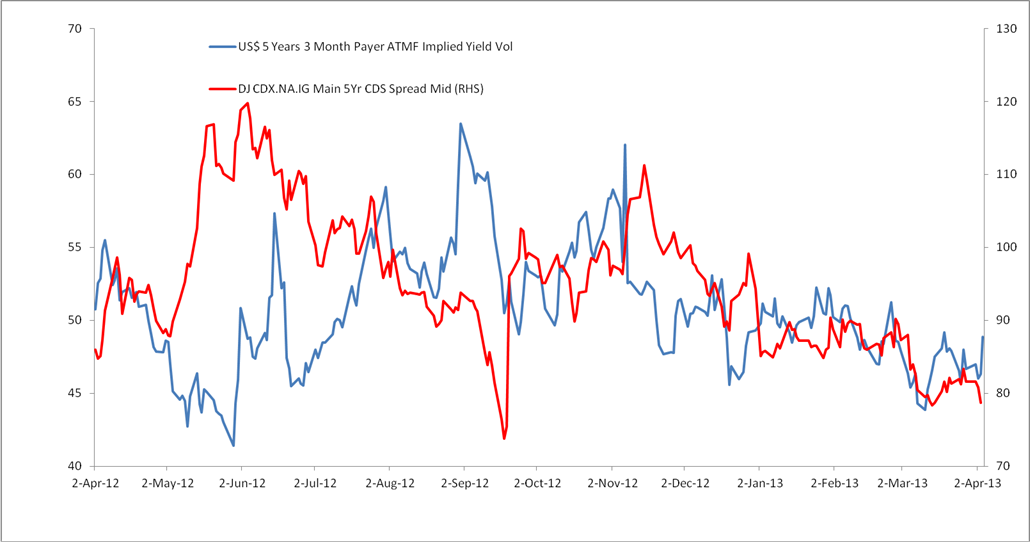 European Central Banks offer no new support to the economies.- they leave it to the Governments to find a solution.

The BoE and ECB left interest rates unchanged and both, against some investors’ expectations, did not increase QE (BoE) or allow lower quality collateral to be used in Repo operations (ECB).
In the ECB’s President’s press conference he painted a gloomy picture for the Eurozone’s economy. Citing that Q1 is suffering from follow through weakness from Q42012.  It was an almost complete U turn from the “positive contagion” speech that Draghi had made in January. In fact now he seemed to suggest that the Core is suffering from some “negative contagion”.

After the BoE’s announcement there was a modest rise in UK Gilt yields but the bond market rallied into the ECB announcement. The Bund buying came from real money selling of 2yr notes and buying of 7yr to 10yr Bunds. This was a cash for cash trade and not a normal duration neutral trade.
The rally in Bunds dragged US 10yr yields lower as well and through the important 1.80% level. Short-covering was mostly delayed until the release of US initial jobless claims which jumped to 385k from the previous week’s 357k. Whilst the Jobless claims may well be distorted by the Easter Holiday, the 4wk average at 354k has once again stated to rise and seems to corroborate the recent employment data release which suggests that February’s increase in Non-Farm Payrolls of 236k will not be repeated tomorrow. Market consensus is for a 190k rise but the market is now probably looking for a 150k-160k increase.

10yr US Treasury yields are now below those of the end of 2012, note that the current 10yr is not the same benchmark as that at the end of year.

10yr German Bunds have given up around two thirds of the gains they made after the Draghi comments and the Euro has swung around completely and now trades higher on the day after falling to $1.2745.

It just shows how confused the markets have become.

Of course the US markets are now pricing in the prospect of the Fed continuing with QE for longer as the unemployment rate will take longer to achieve the 6.5% target the Fed have set themselves. So in a sign that the US equity market is only fuelled by the Fed, Equities are now up 0.4% on the day. I would not expect this to last the day- there is too much uncertainty.

With US Interest Rates falling well against the market consensus, Interest Rate Implied Volatility looks to have bottomed. I know I have called the bottom previously and been wrong, I am calling it again here.
Interest rates have been range bound for a long time- and even reasonably directional for the past month and this has driven Historical Volatility down. We have seen significant declines in Implied Volatility levels since the end of Q3 2012. Now there has to be even more uncertainty about rates than before and this has meant that today we have seen a sharp rise in implied volatilities, especially in the shorter interest rate spectrum. I am sure this will be the theme for the coming weeks.
Equity implied volatilities will also rise and this should lead to lower equity markets and also lead to a rise in credit spreads .

And with a rise in credit spreads, especially financial credit spreads, Gold should stop its sharp decline. It has unfortunately been corralled in with the rest of the Commodity world. After months and months of poor performance Commodity Hedge Funds and Macro funds have been liquidating commodities. There is little end user demand for most metals and as such the selling pressure has led to significant declines in most base commodities. I am sure that with gold not falling as much as other metals there has been some commodity trading accounts selling Gold short. Those shorts will be squeezed as financial credit spreads widen again.
I would expect European iTrax Financial Credit Spreads to widen to 220-230bp in coming weeks and that should bring Euro Gold back towards €1270-€1300/toz

But the decline in Commodity markets makes US Treasury and German Bunds look attractive still. It will drive front-end inflation expectations significantly lower. It should see 5yr US Inflation Breakevens closer to 2.1%

And that would justify a move to 1.70% for 10yr US Treasury yields and a probable overshoot.

So even though we have seen a sharp move lower in US Treasury and German Bund yields, there should be more to come.