You are here: Home / Numismatics / A superb finale — The 2019 Lunar II Pig Coins 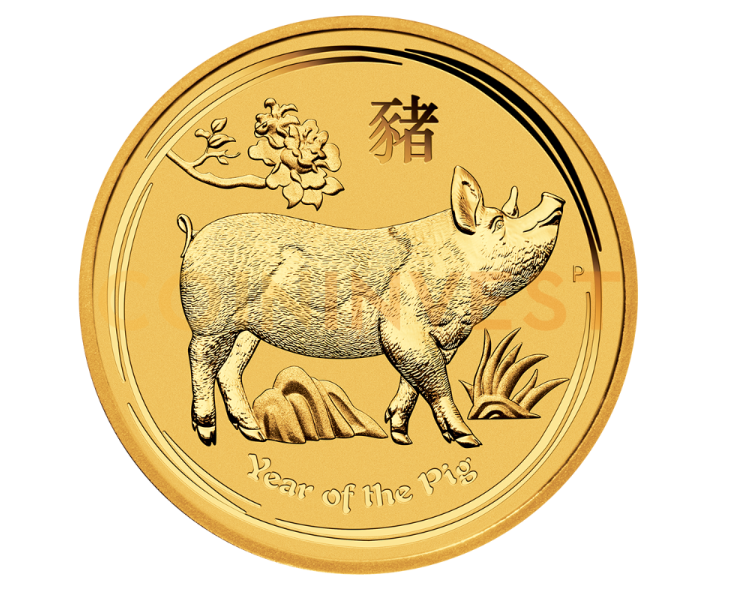 Lunar II Pig Gold and Silver Coins are being released with the approaching year 2019, implying the completion of another lunar year circle. Sheng xiao is 12 honored symbolic animals of Chinese zodiac, the record of which can be found as early as in the first Chinese empire-Qin dynasty.

Shen xiao has been an essential part of traditional folk beliefs (indicating marriage, destiny and characteristics), Chinese literature and artwork, with plenty of legendary for each animal. In current society, it still remains as a mascot for each lunar year.

Combined with their natural habits, Chinese people endowed these animals meaningful and cultural implications. For example, pig was regarded as a sign of wealth in the patriarchal clan society; what’s more, the Chinese character of pig (豕) makes an important composition of the character of home (家, with a roof on the top and a pig under the roof), indicating a safe and stable place where pigs can be kept since pigs are gentle and fertile and could provide the sense of security for food. In addition, the huge ears and plump shape of pigs stand for good fortune. People born under the influence of the pig tend to be sincere, loyal, and generous and with a calm temper.

Minting images of sheng xiao into precious metal coins is nothing new but has existed for quite a long period, whose popularity can be tracked by Dang dynasty (618–907 CE), which served to amplify good fortune and block evil at that time. Nowadays, the gold and silver coins of Lunar I and Lunar II series in huge demand have shown people’s interest in investing in those coins with adorable animal images. As the last one to be released in the Lunar II series, the exquisite Lunar II Pig Gold and Silver Coins from the Perth Mint are of precious collection and investment values as well as its pleasant design.

Different from the mint’s Lunar II Silver Coins which show a female pig surrounded by her four cubs, Lunar II Gold Coins illustrate a male pig with its snout up rising proudly under a blooming branch of peony, which indicates wealth, glory and honor in Chinese culture. The overall vivid patterns show a happy pig in the plain and imply positive and appreciating attitudes toward life, which is also in consistent with pig’s image for pubic. On top of the pig is the Chinese character “pig”, the mint’s ‘P’ mintmark and the inscription ‘Year of the Pig’ complete the design. The obverse design presents the side portrait of Queen Elizabeth II.

With the Perth Mint Lunar II Series coming to its end, the Lunar III series will be introduced in the year 2020 symbolised with the animal mouse.

You can find these beautiful coins here: